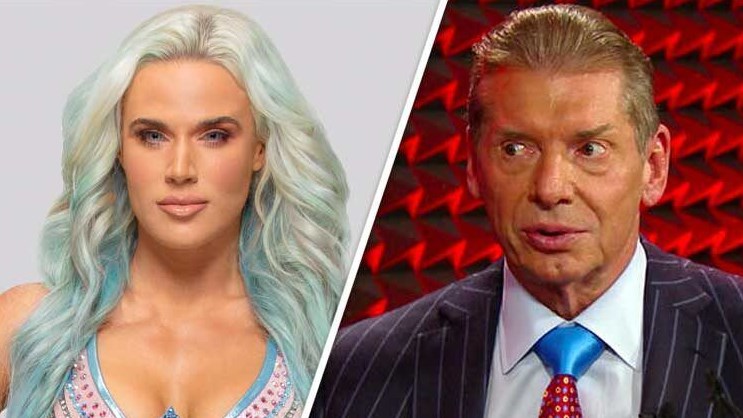 CJ Perry (fka Lana), and Miro (Rusev), a real-life couple, were booked by WWE for multiple angles. Miro was also involved with another man. These photos sparked speculation about why creative would choose to go that way, especially after Perry revealed that Miro proposed during the first angle in which she was paired up with Dolph Ziggler.
The behind-the-scenes story she shared with Renee Paquette on The Sessions with Ziggler will not do much to dispel rumours about WWE and Vince McMahon’s motivations for booking decisions.

“The most bizarre thing about Dolph was that we had to practice the kiss in front of Miro and Vince. Summer [Rae] told the story about how she practised kissing Dolph before Vince. I was shocked. Vince had to watch you practice? Yeah, right.’ She’s like, ‘Be ready. It’s possible that you will need to do it again at some point. Okay.’

“We were called in a week later. It’s Ace, Vince, Dolph and Miro. Miro is turning red as we practised the kiss. Vince says, “What?” We are all adults. What is the problem? All of us are adults. It’s professionalism. Don’t be strange.

“So, we do it, Vince says, “No, no. No. No. Way slower.” He doesn’t kiss Johnny Ace fully, but he does get close. It was funny. Dolph is in a coma. We went slow for that segment. It was something I watched with a friend. I thought it was slow, but everyone else was saying, “You look innocent as if you have never done it before.” That’s exactly what Vince wanted. He wanted it to look innocent as if she hadn’t ever kissed anyone before.

It’s not strange for performers to practice something they will have to do on screen. It’s not strange to ask Miro to join you when he’s not comfortable with the task. That’s weird.

This is just the beginning.

You can listen to Renee’s and CJ’s talks here.