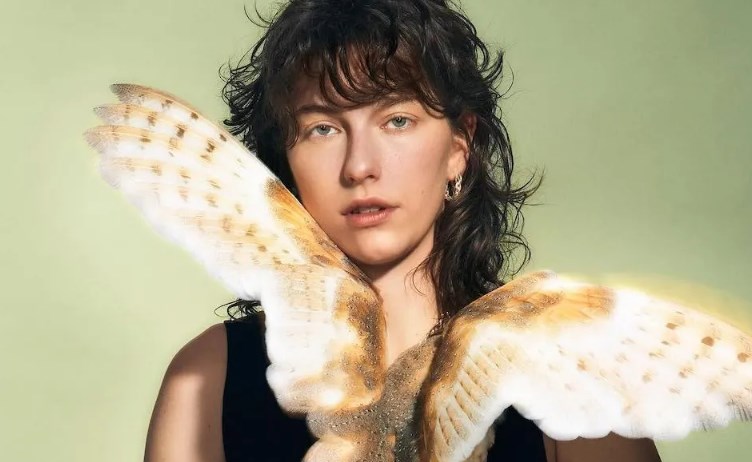 The debut album Cheap Queen by King Princess was like a summer night that goes on forever. The New York-born producer and songwriter Mikaela Straus sang a series of Mellotron-heavy ballads about shooting the shit and exchanging furtive glances across crowded parties. Each scene was portrayed with the insouciant and reflexive cool of an Eve Babitz tale.

It was a debut whose supreme confidence belied the fact that Straus first became famous after their Patricia Highsmith-referencing debut single “1950” went viral in early 2018. Straus delivered where many musicians react with hesitation to virality–quickly shifting gears, denouncing their early work- whereas Straus did it with the grace and star quality of a star.

Straus’ second album Hold On Baby, like Cheap Queen, is urbane, self-possessed and the result of a keen-eared artist who has found their niche as a producer/stylist. She sounds more like herself. She is more flexible vocally, more lyricist and more confident in her ability to bridge the gap between different styles. Cheap Queen’s palette seemed ambiguously vintage, with all old-school soul flourishes and redone to fit easily between Troye Sivan and Lorde. Hold On Baby positions, Straus, as someone who grew up in the 2010s when indie rock was at its peak.

Straus is surrounded by a group of mainstream-indie heavy-hitters, including Aaron and Bryce Dessner and Ethan Gruska. Shawn Everett and Mark Ronson also have influence. “Cursed” features a Strokes-like guitar line, while “Crowbar,” a song about Sufjan Stevens, has a piano that recalls Rostam Battam and Ariel Rechtshaid on Vampire Weekend’s Modern Vampires of the City. “Sex shop” feels like the alienated sexuality of St.

Hold on Baby is a more serious record than the one before it. Cheap Queen’s energizing frisson has been replaced by anxiety and despair. Hold On Baby is not a breakup album. Instead, Straus draws inspiration from the tensions that can arise in a long-term marriage. They describe themselves on “Hold On Baby Interlude” as “chipped teeth with the nerve exposed”, and that tension is evident throughout the album. The sultry, weightless love song Winter Is Hopeful curdles its sweetness (“I’m always thinking about you, thinking about you”) with acid ribbons: “But it never happens.” Straus almost whispers the lyrics, it’s almost like she’s practising lines across the room, rather than actually speaking to the object of her desire. “Change the Locks,” one song that Aaron Dessner produced, explodes from pleading minimalism to booming, gritted teeth arena rock.

Hold On Baby, despite its subject matter, is anything but bleak. Hold On Baby is far from depressing, despite its subject matter. The simplicity of Hold On Baby makes it easy to overlook its shortcomings. “Little Bother,” a collaboration between New Jersey musician Foushee and Strauss, sounds too much like the emo revival songs that have appeared on pop albums in the last couple of years. This is one of few occasions Straus’ personality doesn’t get lost in the music.

Straus is now a more interesting singer between records. They no longer sing with the soulful, yet somewhat anonymous, affectation of the Cheap queen. Instead, they adapt their vocals to fit the song’s needs.