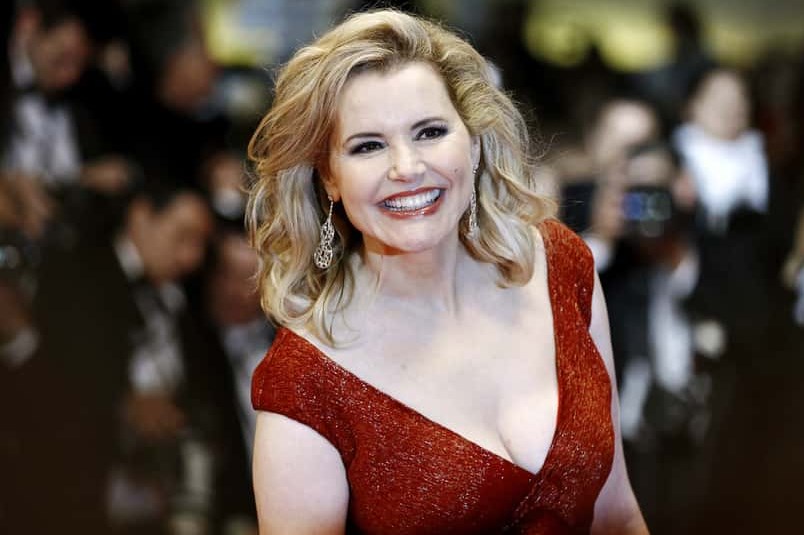 Geena Davis is the Rockford Peach at heart.
A former Academy Award winner, 66 Reminisced with PEOPLE about his role in the 1992 film A League of Their Own and working with Tom Hanks, the “incredible” Tom Hanks during the Cinespia screening on the weekend to mark the 30th anniversary of the film.

She described it as “so great” filming with Hanks who is 66. She added: “He’s so incredible. Hanks has the reputation of being a remarkable human being, and he is. But, in reality, he’s not. He’s just the prince.”

‘A League of Their Own Cast Explains Why They’ll ‘Never Forget’ Making the Movie on the 30th Anniversary
Davis was on screen playing the character Dorothy “Dottie” Hinson, a fictional character based on the real women from the All-American Girls Professional Baseball League that was established in the 1940s from the absence of male players leaving fighting for the cause of World War II.

Hanks was Jimmy Dugan, a once-great professional baseball player of his own He reluctantly assumes the role of team manager in Dottie’s group Rockford Peaches.

Although his character is well-known for numerous kisses during the course of the film Davis was not affrighted at the fact that it was time to shoot a later deleted kiss scene. “No, I didn’t even think about that. He wasn’t doing it in real life, so you know,” she writes.

The actress also cherishes images of work with the late “incredibly talented director” Penny Marshall who passed away aged 75 in December 2018, after experiencing heart failure as a result of atherosclerotic heart disease and diabetes.

“She made an incredible movie,” Davis recalls. “My funniest memory of her is how much she ate hotdogs because on the set, they always had the hotdog cart, so she could just all day be availing herself of the hotdogs on the prop cart.”

Through the many years, Davis has kept in contact with her co-stars and has mentioned she has Anne Ramsay, who played left-handed first basewoman Helen Haley is a “very close friend of mine.”

“The girls and I are all still in contact and we still kind of remain a team,” Davis declared.

Davis shares her memories of the film, as well as other crucial events in her career and life in her book Dying of Politeness. The title comes from an incident in her childhood when she was in an automobile together with the “unusual” parents, who were not polite enough to make a statement to their unruly driver.

“So I realized only later that, wow, we were going to die, but it was better to them to not say anything that might have sounded rude to the people who are also going to die,” Davis recalls.

Davis, The memoir of Davis Dying of Politeness is available on Oct. 11 at HarperCollins.