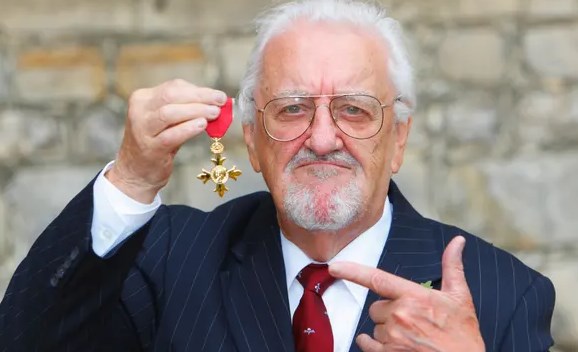 Bernard Cribbins, a stage and screen actor who played in the television show “Doctor Who” and also voiced the British children’s television show “The Wombles,” has passed away his talent agency has confirmed. He was 93.
“Bernard’s impact on British entertainment is undeniable,” his agency said in a statement sent to CNN. “He was an individual, symbolizing the very best of his generation. He will be deeply missed by everyone who had the privilege of working with and knowing him.”

Cribbins his acting career spans more than six decades, the majority of it in children’s entertainment during the 1960s as well as the 1970s. His character as Wilfred Mott in the long-running British show “Doctor Who” in the role of an ally of David Tennant’s Time-traveling Doctor brought him back to the attention of the viewers that grew up watching the character.

“Doctor who” Showrunner Russell T. Davies paid tribute to Cribbins in a post posted on Instagram Thursday.
“I’m extremely fortunate to have had the privilege of knowing him. Thank you so much and my soldier of the past. Legendary has gone out of all of us,” Davies wrote.

Awarded by the British army to the BAFTA award

Before becoming acting, Cribbins worked as a soldier in the Army’s Parachute Regiment. When he was a teen, he spent some time in Palestine and he was able to recall witnessing fireworks and gunfire.

He was awed to discover that Davies later integrated Cribbins memories into a scene from “Doctor Doctor Who.”
“It was almost exactly my words, which I’d made just a couple of months prior,” Cribbins told Den of Geek in 2013. “That’s Russell putting his finger on the issue.”

The role of Wilfred who he played from 2007-2010 was the second time he’d appeared in the “Doctor Doctor Who” project. In 1966, he starred as the companion of the character of Doctor who later performed in the role of Peter Cushing, in a film adaptation.

In the early 1960s, he began to make his mark on the music scene and recorded songs with a novelty feel, like the hilarious “Hole in the Earth” (sung partially in the Cockney accent) and “Right Said Fred.”

Although he did make memorable appearances in adult films like the John Cleese sitcom and Alfred Hitchcock’s final film He was more likely to lend his voice with a distinctive tone to the media for children, including the 1970s show “The Wombles,” in which he acted as the narrator for the fun adventures of the cute puppets Wombles. He revealed to fans that his favourite Womble was the Orinoco as the main vocalist of The Wombles the group of musicians.

“Children are an excellent and very discerning public,” he told the British tabloid Daily Mirror in 2018. “It’s an extremely satisfying experience when you can put them down to all.”

He was also in the movie “The Railway Children,” which was voted among the top 100 films of British film history by the BBC and in the “Jackanory” series where the author read books to his young viewers.

All you need accomplish … simply take a look around look for one child, and speak to the person,” he said in 2009 about the “Jackanory” work. “And you’ll pull the children into. It is working!”
In recognition of his work in the field of children’s media, He was awarded an award from the BAFTA Special Award in 2009. The statuette was described by him as “frightfully weighty.”